"Books are my friends, my companions. They make me laugh and cry and find meaning in life."
— Christopher Paolini (Eragon)
Nazaj na vrh

Evo, moje:
How to ruin a summer vacation

Anna and the French Kiss

od že predlaganih glasujem za: The summer of skinny dipping, Along for the ride, Fixing Delilah in Summer in the city.

Sixteen-year-old Miranda Merchant is great at science. . .and not so great with boys. After major drama with her boyfriend and (now ex) best friend, she's happy to spend the summer on small, mysterious Selkie Island, helping her mother sort out her late grandmother's estate.
There, Miranda finds new friends and an island with a mysterious, mystical history, presenting her with facts her logical, scientific mind can't make sense of. She also meets Leo, who challenges everything she thought she knew about boys, friendship. . .and reality.
Is Leo hiding something? Or is he something that she never could have imagined? 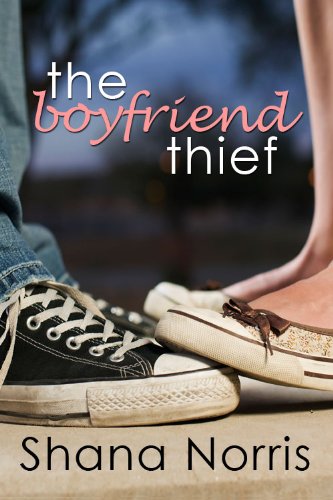 Avery James has her life planned out: this summer she'll work with a humanitarian program in Costa Rica, next year she'll graduate at the top of her class, and after that, college and medical school. Perfect, planned, total order.
The only problem: getting the rest of the money she needs for the trip before the deadline. Hannah Cohen, her biggest competition for the valedictorian title, makes an unexpected offer: If Avery can win over Zac Greeley and make him break up with Hannah before the end of the school year, a check for five hundred dollars is all hers. Faced with the prospect of spending yet another summer working as a giant hot dog, it's an offer Avery can't refuse.
Zac is nothing like Avery expected. Within his chaotic world of midnight slushie runs and spontaneous dance parties, her total order is quickly falling apart while Hannah seems poised to get everything she wants. But just how much is Avery willing to give up for the perfect, planned life?

On the last day of her junior year, Hannah's boyfriend Ryan dumped her. Facing a summer of loneliness, Hannah turns to her best friend Ava for comfort. Ava does what BFFs do: she stays by Hannah's side...until it's time for Ava to head up to Maine for the summer. Also left behind is Ava's boyfriend, Noah, who's such a great guy he gets Hannah a job at the diner he waits tables at. Slowly, Hannah comes out of her funk thanks to Noah's good conversation and their fun times at the diner. But things get complicated when their friendship turns into attraction—and one night, into a passionate kiss. The novel opens on the first day of senior year; the day Hannah is going to see Ava, Ryan, and Noah all in one place. Over the course of the day secrets and betrayals are revealed, and alliances are broken and reformed. In the end, everyone is paired up once again, but not the way you might think...

Sheila Crispin Cook, mother of four young children and nationally renowned glassblower, bites off more than she can chew when she agrees to co-chair a huge benefit concert on Nantucket. Sheila is asked to chair the Nantucket Children Summer Gala, at least in part, because she is the former high school sweetheart of world famous rock star, Max West. Max agrees to play the benefit and it looks like smooth sailing for Sheila - until she agrees to create a "museum-quality" piece of glass for the auction, pre-emptorily offers her best friend the catering job, goes nose-to-nose with her Manhattan socialite co-chair, and begins a "good-hearted" affair with the charity's Executive Director, Lockhart Dixon.
Hearts break and emotions stretch to the point of snapping in this in-depth look at one woman's attempt to deal with loves past and present, raise a family, run a business, and pull of a charity event unlike any the island of Nantucket has ever seen. Sheila discovers that doing good and being bad are not mutually exclusive - and that nothing is ever as simple as it seems.

Three women arrive at the local airport, observed by Josh, a Nantucket native home from college for the summer. Burdened with small children, unwieldy straw hats, and some obvious emotional issues, the women—two sisters and one friend—make their way to the sisters' tiny cottage, inherited from an aunt. They're all trying to escape from something: Melanie, after seven failed in-vitro attempts, learned her husband was having an affair, and then discovered she's pregnant; Brenda embarked on a passionate affair with an older student that got her fired from her prestigious job as a professor in New York; and her sister Vicki, mother to two small boys, has been diagnosed with lung cancer. Soon Josh is part of the chaotic household, acting as babysitter, confidant, and, eventually, lover.

Meredith Martin Delinn just lost everything: her friends, her homes, her social standing - because her husband Freddy cheated rich investors out of billions of dollars.
Desperate and facing homelessness, Meredith receives a call from her old best friend, Constance Flute. Connie's had recent worries of her own, and the two depart for a summer on Nantucket in an attempt to heal. But the island can't offer complete escape, and they're plagued by new and old troubles alike. When Connie's brother Toby - Meredith's high school boyfriend - arrives, Meredith must reconcile the differences between the life she is leading and the life she could have had.
Set against the backdrop of a Nantucket summer, Elin Hilderbrand delivers a suspenseful story of the power of friendship, the pull of love, and the beauty of forgiveness.

After years of wandering from whim to whim, thirty-year-old Charlotte Wheelwright seems to have at last found her niche. The free spirit enjoys running an organic gardening business on the island of Nantucket, thanks in large part to her spry grandmother Nona, who donated a portion of land on the family’s seaside compound to get Charlotte started. Though Charlotte’s skill with plants is bringing her success, cultivating something deeper with people–particularly her handsome neighbor Coop–might be more of a challenge.
Nona’s generosity to Charlotte, secretly her favorite grandchild, doesn’t sit well with the rest of the Wheelwright clan, however, as they worry that Charlotte may be positioning herself to inherit the entire estate. With summer upon them, everyone is making their annual pilgrimage to the homestead–some with hopes of thwarting Charlotte’s dreams, others in anticipation of Nona’s latest pronouncements at the annual family meeting, and still others with surprising news of their own. Charlotte’s mother, Helen, a Wheelwright by marriage, brings a heavy heart. She once set aside her own ambitions to fit in with the Wheelwrights, but now she must confront a betrayal that threatens both her sense of place and her sense of self.
As summer progresses, these three women–Charlotte, Nona, and Helen–come to terms with the decisions they have made. Revisiting the lives and loves that have crossed their paths and the possibilities of the roads not taken, they may just discover that what they’ve always sought was right in front of them all along.

OD ŽE OMENJENIH PA GLASUJEM ZA:
- The Summer of Skinny Dipping
- Invincible Summerver
Nazadnje uredil/a skyline dne 07 avg 2011, 15:14, skupaj urejeno 4 krat.
When I'm good, I'm very good, but when I'm bad, I'm better.
Two things are infinite:the universe and human stupidity;and I'm not sure about the universe.
If a little is great, and a lot is better, then way too much is just about right!
Nazaj na vrh

"Give a girl the right shoes, and she can conquer the world."
Nazaj na vrh

"Books are my friends, my companions. They make me laugh and cry and find meaning in life."
— Christopher Paolini (Eragon)
Nazaj na vrh
Zakleni
12 prispevkov